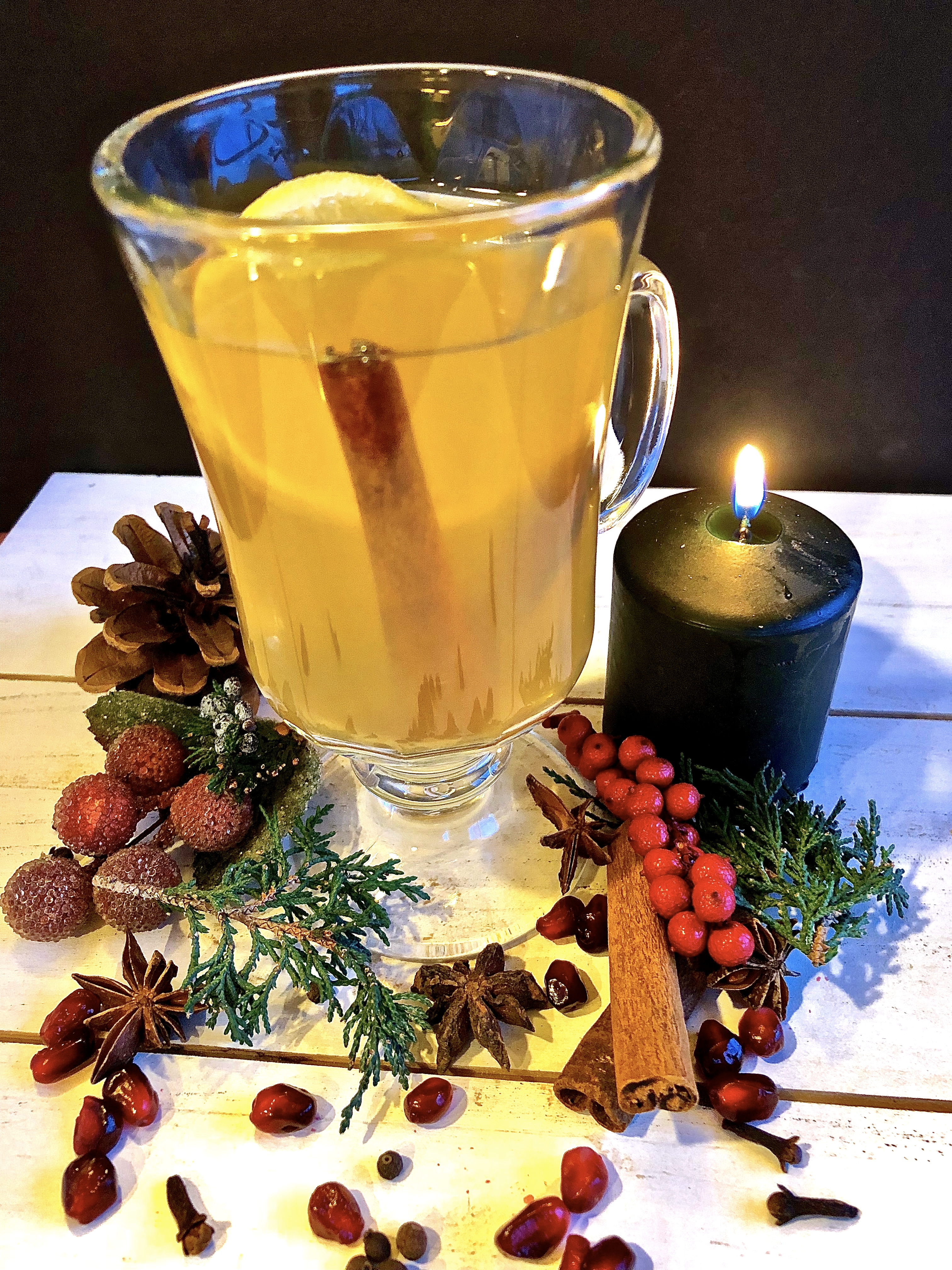 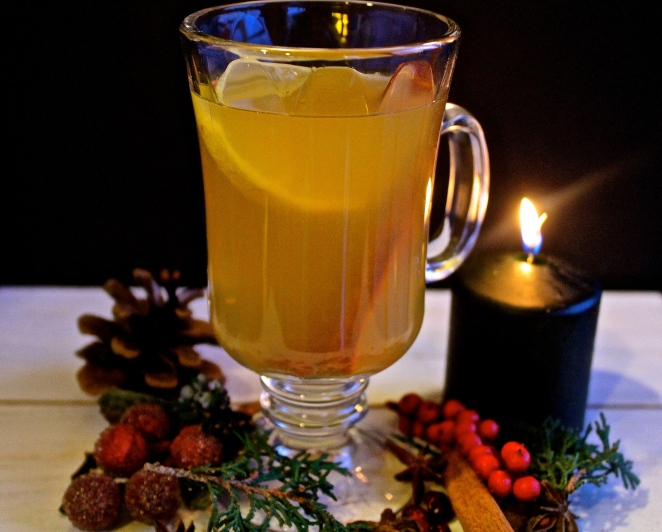 A couple weeks ago, the hubby and I went to happy hour at a local restaurant. I had a drink called a hot apple pie. It had spiced cider, orange infused vodka and butterscotch schnapps! A very sweet drink but so good on a cold, rainy night 🙂

Then, a few days ago, my daughter told me that her boyfriend really wanted hot apple cider. I saw my opportunity to recreate (or at least attempt to) the hot apple pie.

I decided to use my crock pot, since I was also making a beef bourguigon in my dutch oven, and I wanted extra!

I combined allspice, cloves and nutmeg in a coffee filter (I was out of cheesecloth) and tied it with cooking twine. The sachet was added to 1 gallon of apple cider along with cinnamon sticks, star anise, orange and lemon slices.

I set the slow cooker on low for 4 hours and let the flavors steep into the cider.

By now the house was smelling wonderful! The spiced cider was delicious on its own, and even better with a few embellishments!

I did not have orange infused vodka, but used my vanilla flavored one instead. I added 1 oz. of each of the vodka and “Buttershots” (which is the butterscotch schnapps). 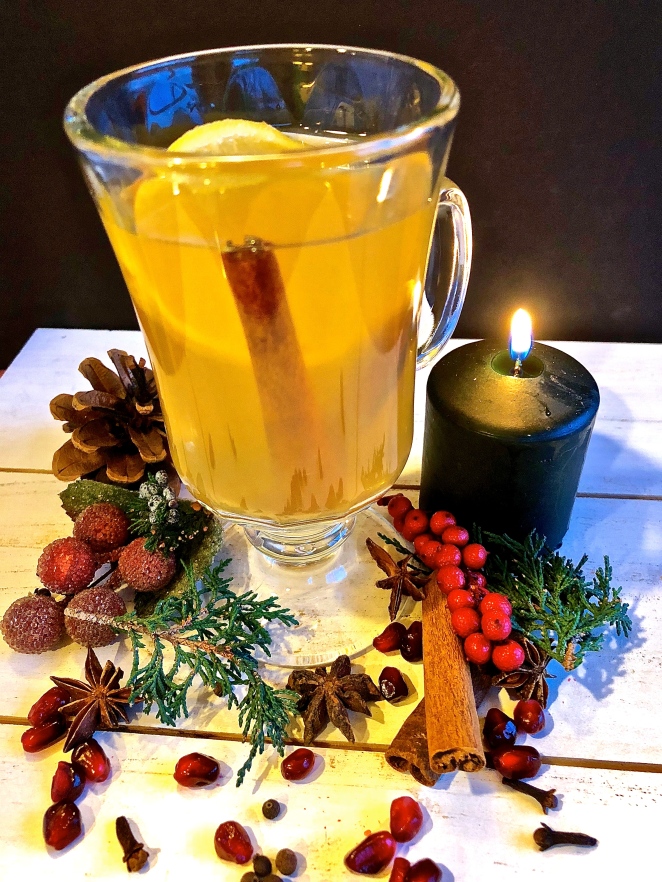 I was quite happy with the end result! I do recommend this one 🙂

Take your spiced apple cider to the next level with this sophisticated and elegant cocktail, perfect for the holidays!

-2 oranges, 1 cut into half and the other sliced