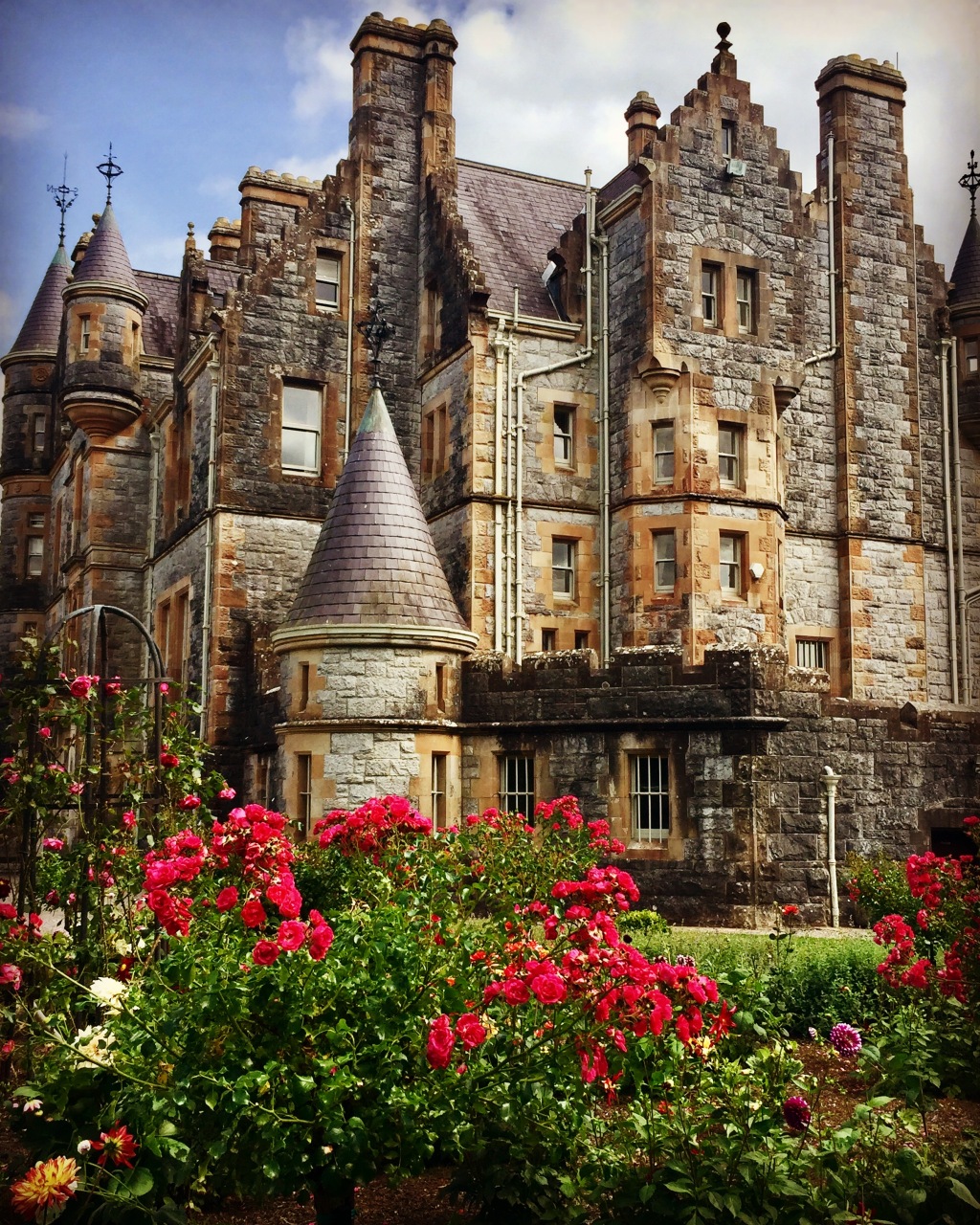 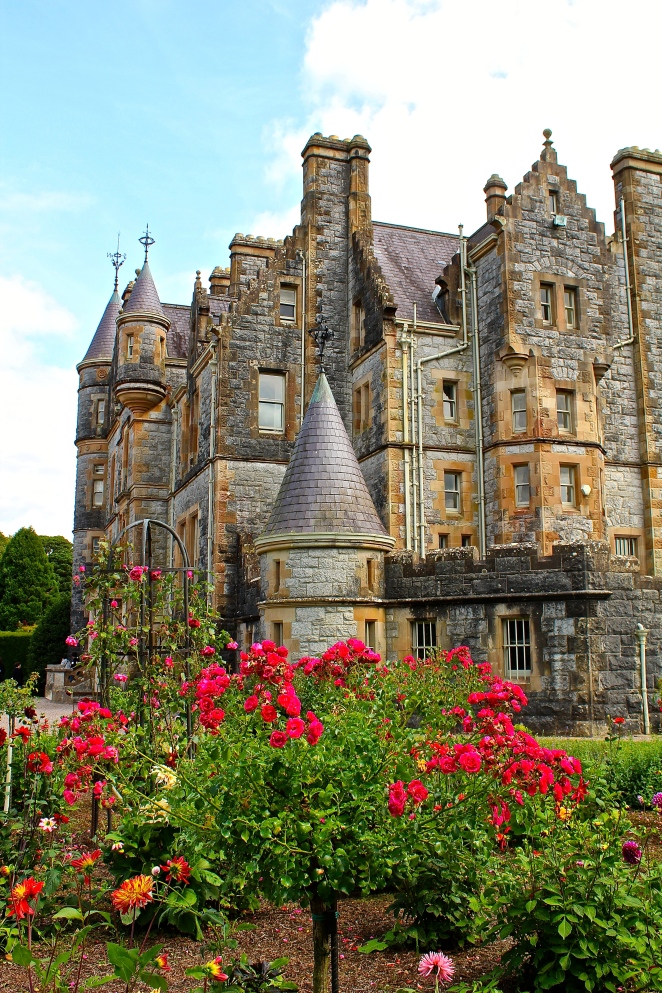 Our first stop, after Southampton, England and our visit to Stonehenge, was in the port city of Cobh, Ireland. Cobh is a little town on the south side of Ireland and part of Cork County. It is a quaint, little area with farmlands and homes. It is important to the history of Ireland as it is the biggest harbor for transport of goods and assisted with the mass emigration during the tough times suffered by the Irish. It was also the last port of call for the Titanic, where 123 passengers were picked up for the fatal voyage. It was a beautiful day and we had some pretty views as we approached the port. 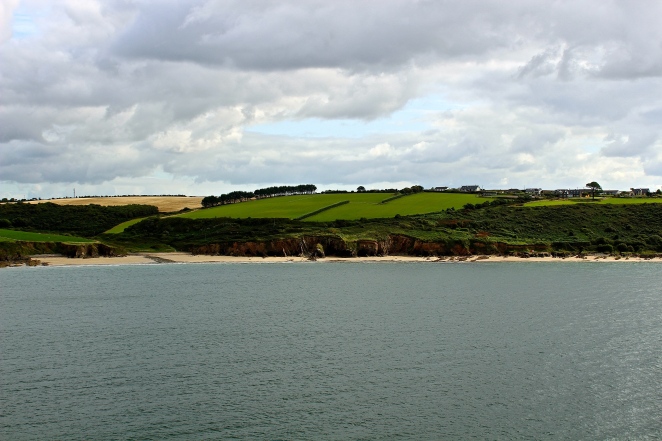 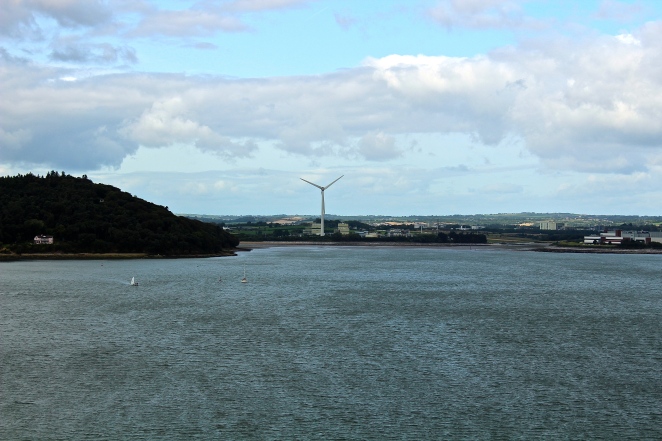 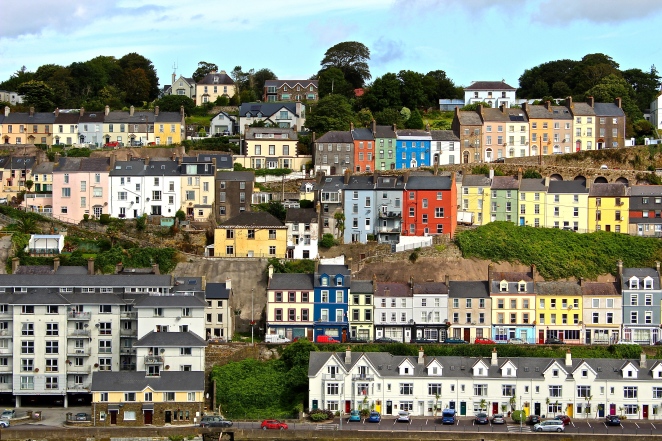 These home almost look like toys, they are so close together on the hillside and so colorful 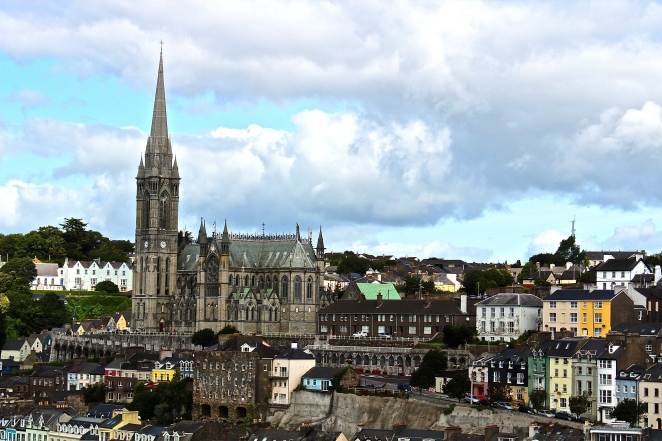 This ivy covered home really stood out on the hillside 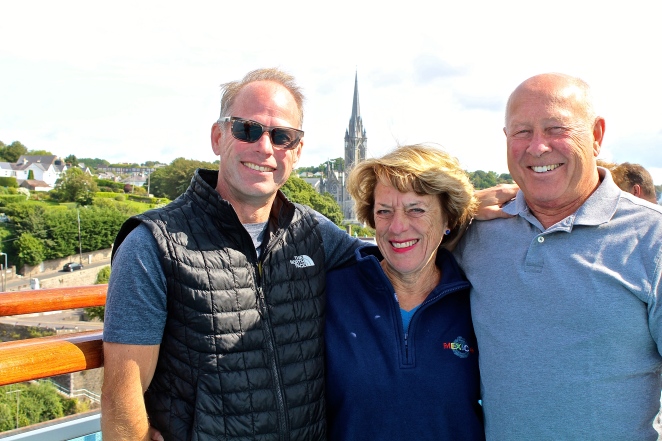 My traveling companions! Hubby and his parents. 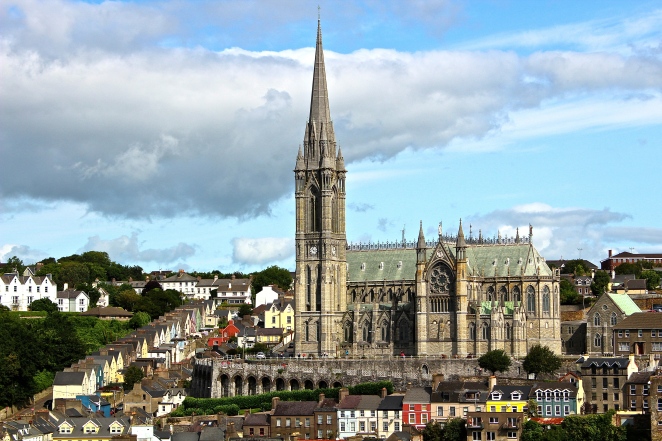 We had a limited amount of time (a common theme for any cruise) so we chose to see the Blarney Castle and Gardens in the town of Cork, which was nearby. Our bus dropped us at the visitor’s center and I was surprised at how large the estate was. We began to walk toward the Castle itself.

I have no idea why these trees are wrapped like this!

This was our first view of the Castle 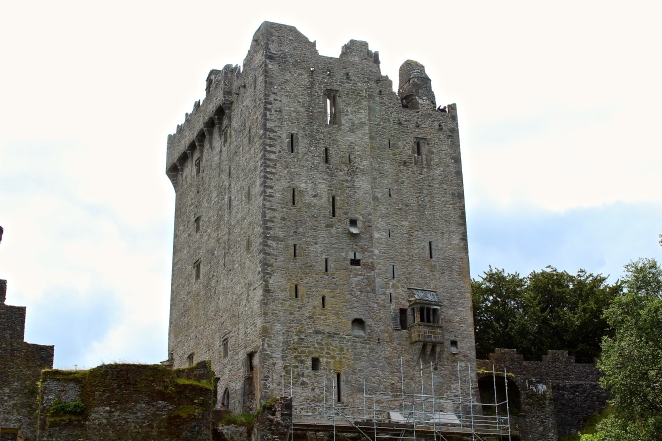 It seems that every monument I saw on this trip had some sort of restoration or repair in progress, of course it was built over 600 years ago! 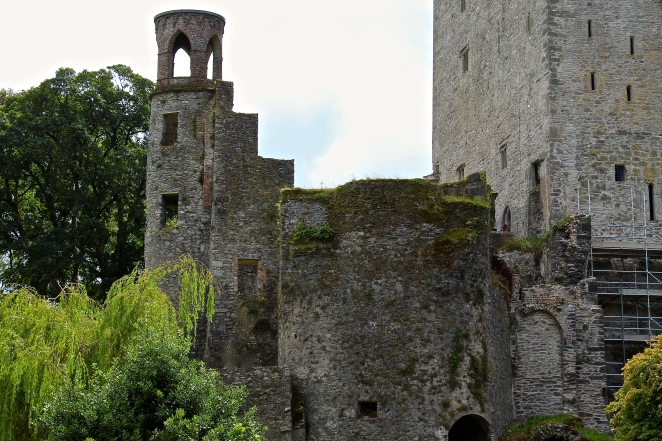 Every good Castle needs a moat!

I love how nature invades these ancient buildings

The Blarney Castle is most famous for its Blarney Stone, which people stand in line to visit. I had no desire to kiss a stone that had seen the lips of thousands of my fellow tourists.  I had doubts that doing so would give me the “gift of gab”, which I have never coveted anyway, but was sure that I would contract the gift of herpes! What I did not know was that the line to kiss the stone, and to gain entry into the Castle, were one in the same. So, unfortunately I had to settle for the outside of the building.

First stop was the dungeon area and the network of tunnels that were below the castle. 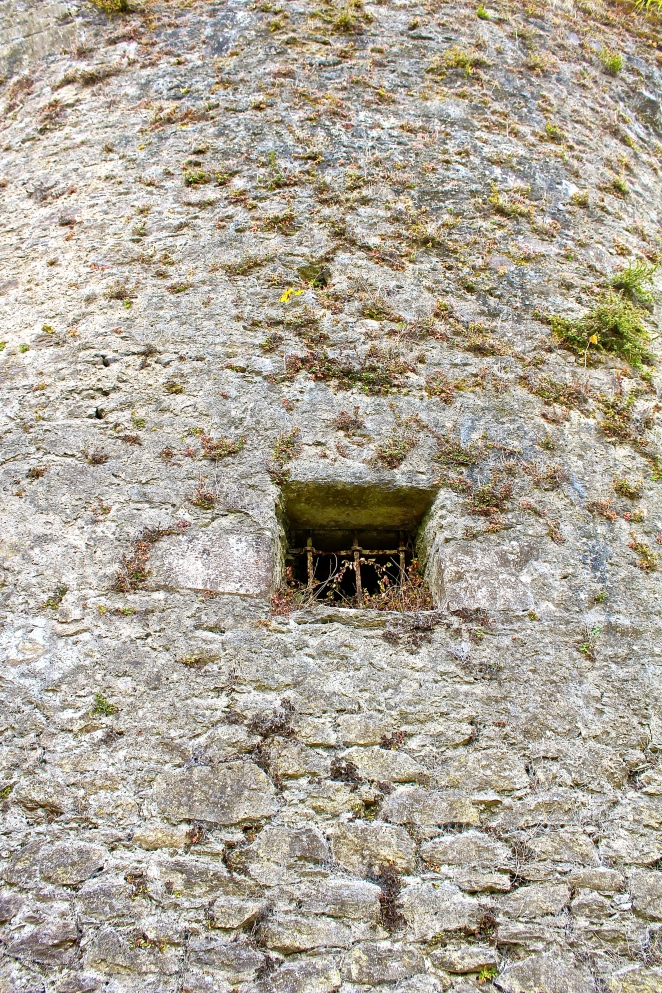 Not much of a view from this cell

I took in as much of the perimeter as I could. Love these old walls! 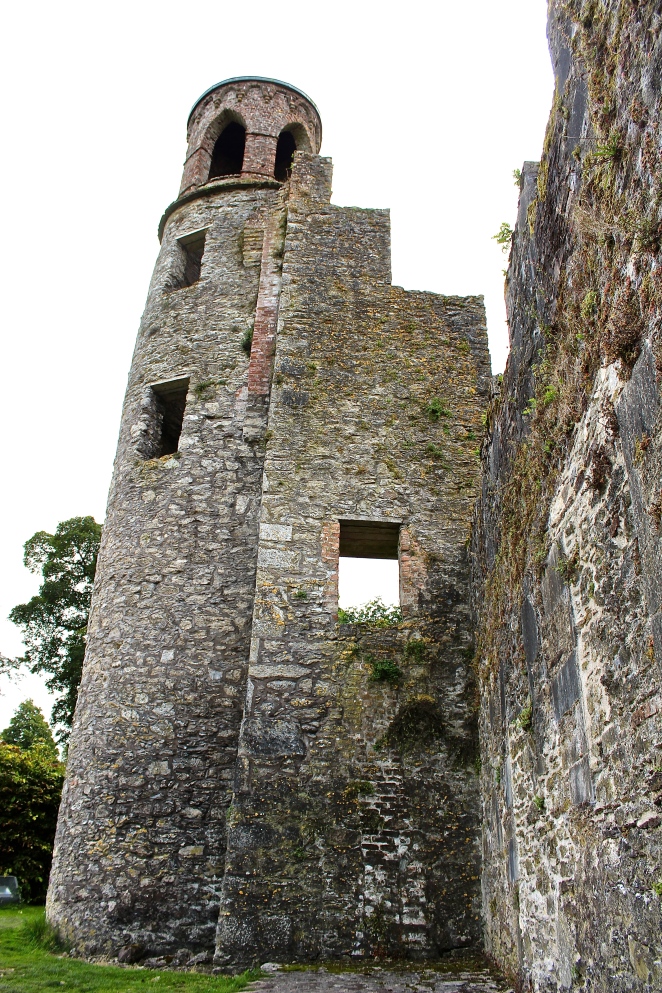 There were a number of gardens on the property and one of our favorites was the “Poison Garden”.

There were some truly nasty plantings in here like: Ricin, Opium, Mandrake, and Wolfsbane. There were also some lesser “poison” items that we know today to be not quite as life threatening, like Cannabis and Rosemary (yes, culinary Rosemary was thought to cause miscarriages in the 1800s!) 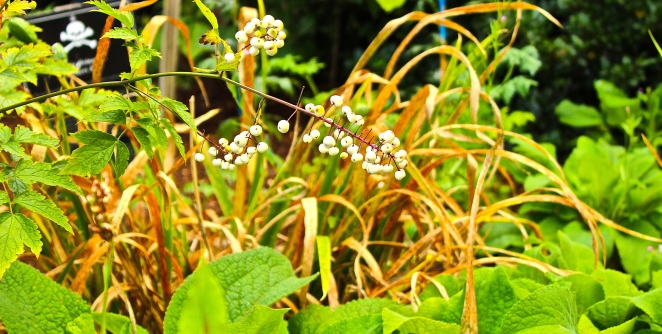 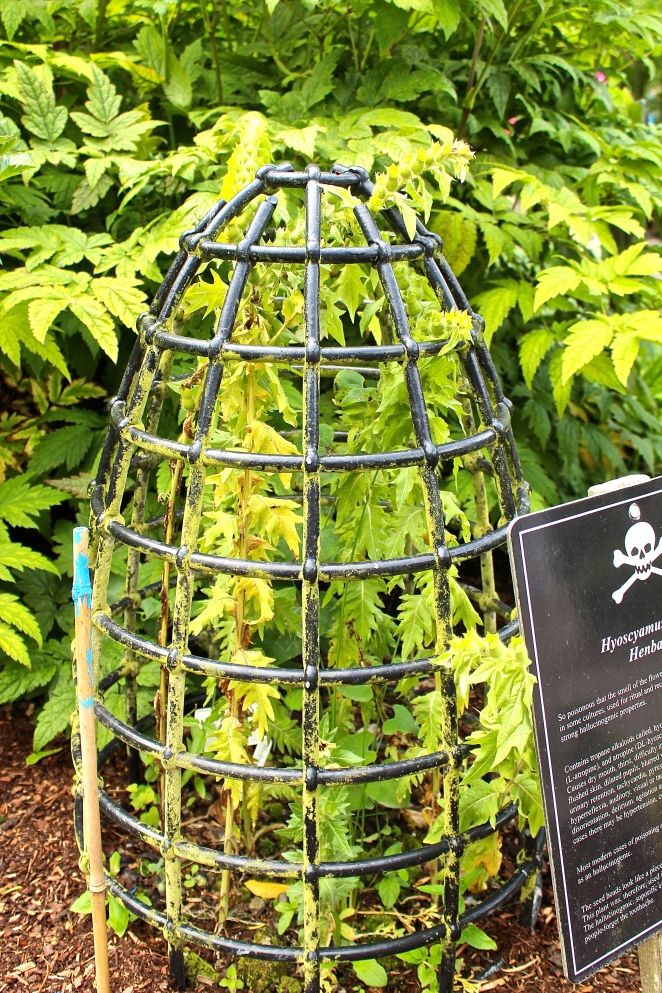 I love the cage concept! 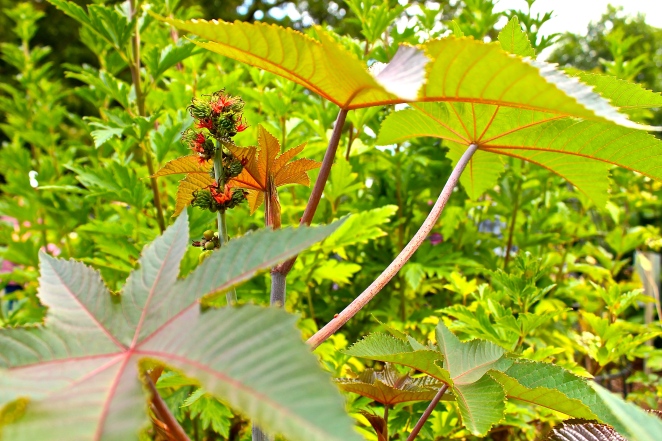 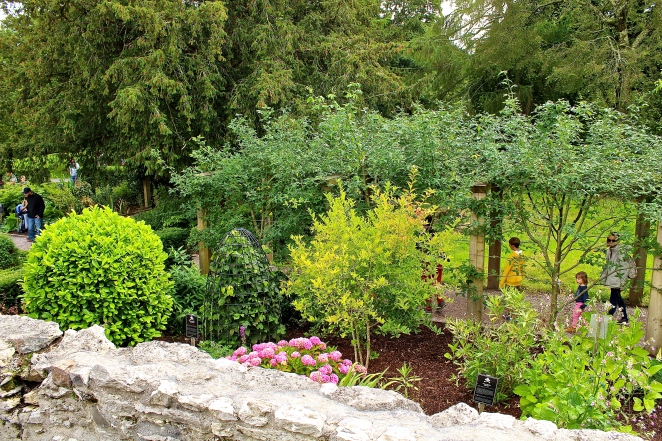 This was a beautiful garden and located just behind the battlements of the castle. See that stone wall above? We had some excellent views from over that wall across the valley.

The wall itself was home to many plants.

The wall led up to a turret of sorts which could have been for storage or for imprisonment.

It was fairly deep and also well covered with plant life. 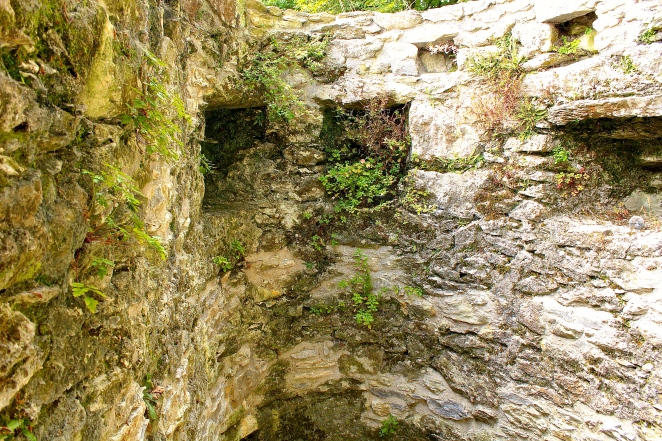 We left the Poison Garden and started down one of the many pathways on the grounds, taking in the beauty as we went. 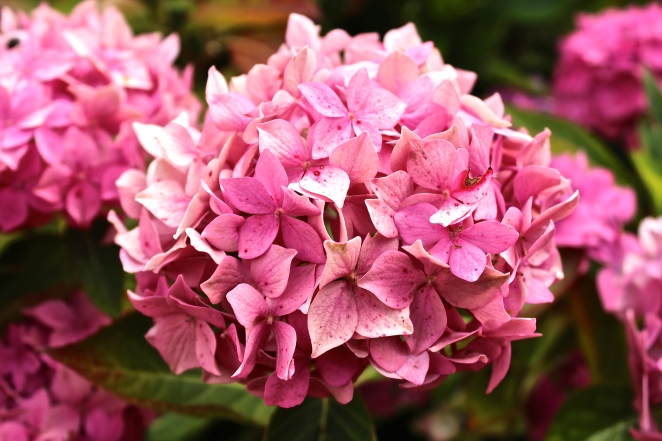 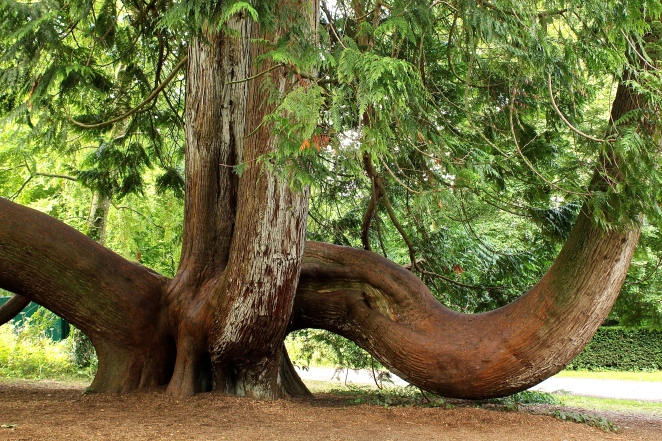 This tree was huge, I can’t even guess at its age!

Then we saw Blarney House-WOW! I regret not going inside this home, I am sure it would have been stunning! 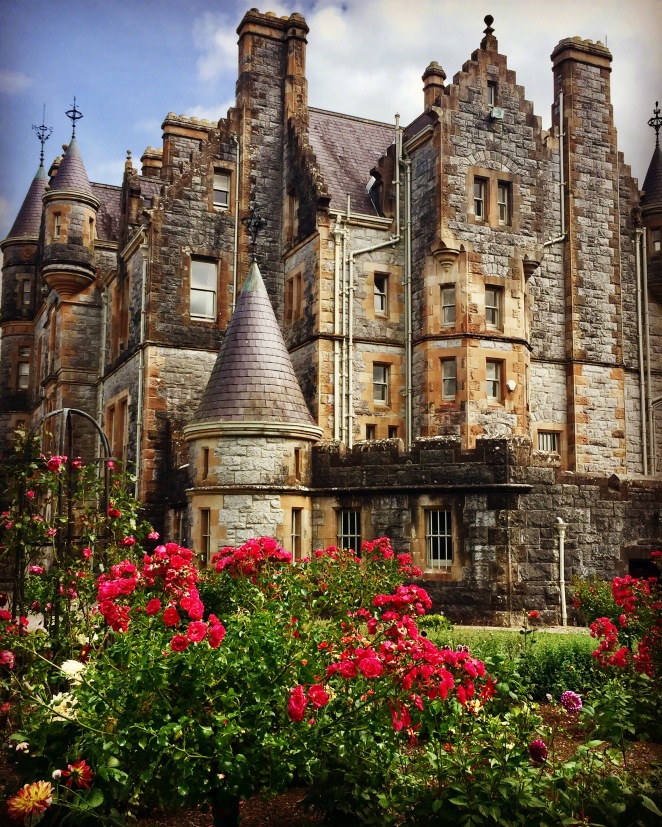 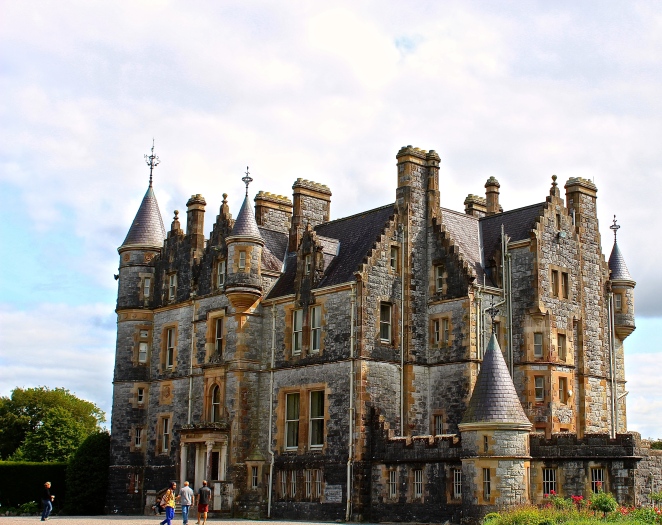 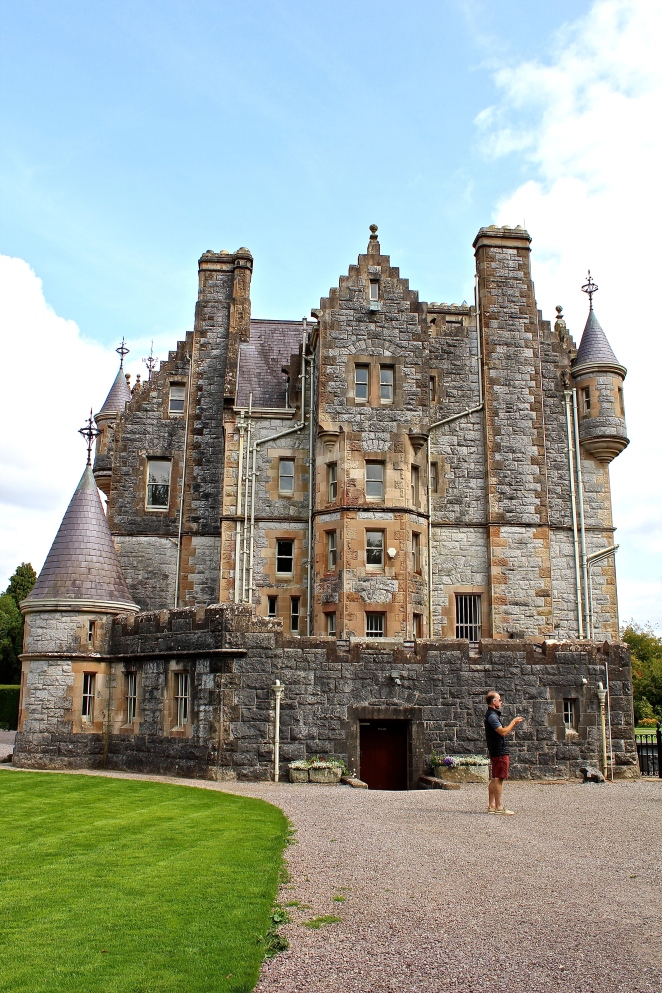 Got my husband in this shot!

This garden is smaller but no less impressive 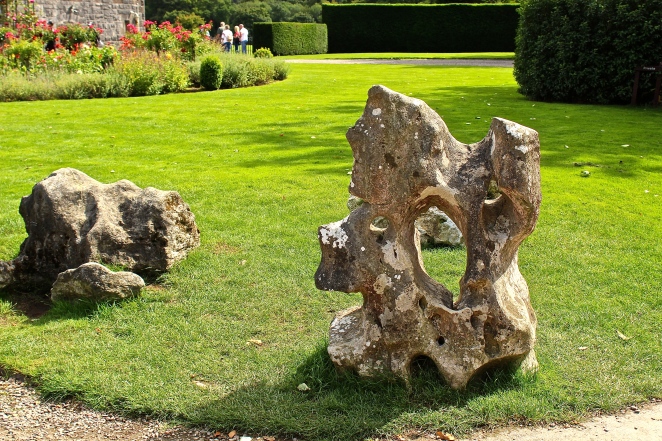 Some stones found along the path leading to the house.

The Blarney home was definitely a high light for me. We needed to return to the village to meet our tour bus, and grab a quick Irish coffee, so we ambled down another path to circle back to the start.

And we ran into this…. 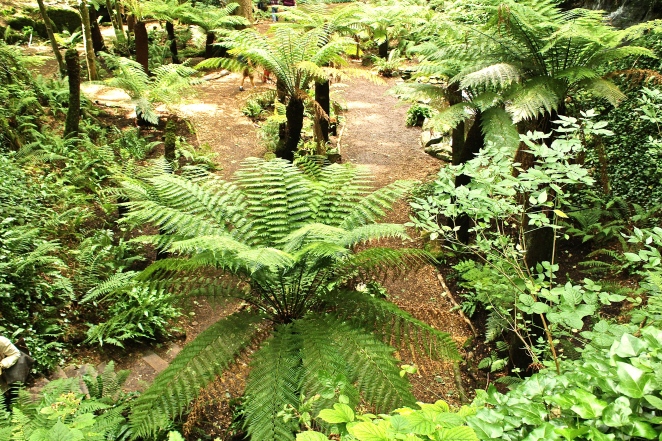 We are from the Pacific Northwest where ferns and moss were practically invented! But this was a new fern species for us to be sure! It is tall and the leaves are produced at the top of the stalk. 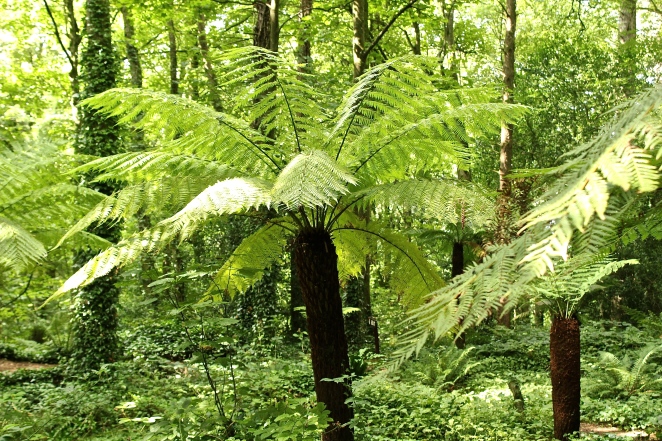 I was expecting a dinosaur to come strolling along, they look so prehistoric.

As the path continued it wound down into a gully where this waterfall showed up out of nowhere. 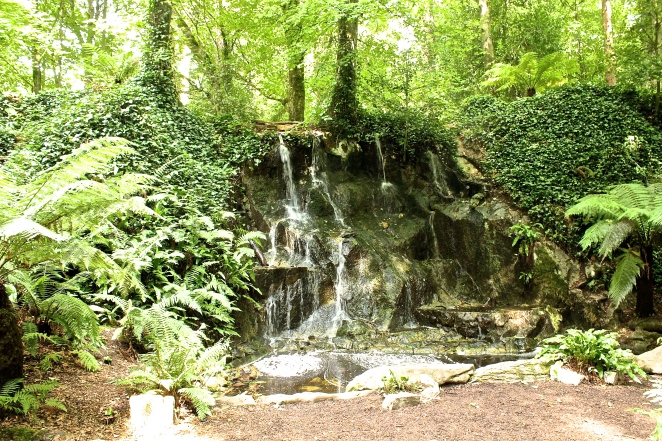 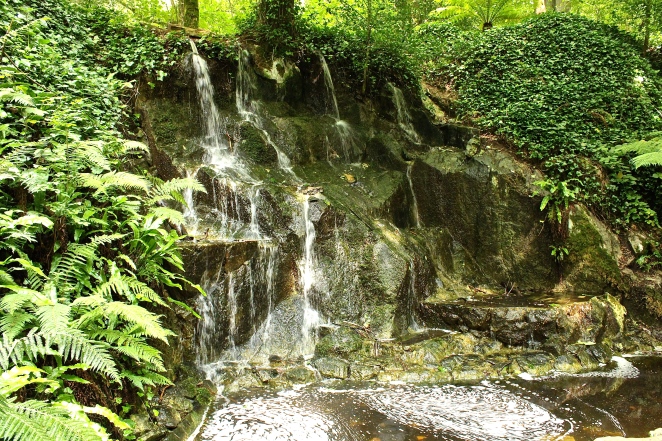 Our final sights as we left the grounds were the residents of the manor. Both cattle and sheep were taking in the warm sun and grazing nearby.

The estate was glorious (and the Irish coffee was pretty great too)! If you go, make sure you have your expectation set. There will be a line, it will take the better part of the day to see it all and yes, it is worth it! I am already plotting my return!

Up next on the travel portion of my blog: Dublin and Belfast