You may recall that my husband and I decided to buy a second home in Tucson about six months ago. As soon as we told our kids, our son, Ryan, began planning a climbing trip. He wanted to leave Washington the minute his fall semester ended and stay at the new house, which would serve as his base of operations, through the Christmas holiday.

This plan was not practical for Dennis and Alex (our daughter) as they needed to work and was not poplar with Grandma as Ryan and I would not be around for the traditional Christmas Eve dinner! But, this is our first year with the new house and everyone has been gracious in allowing Ryan and I this great opportunity 🙂

We decided that Ryan and I would be in Tucson until the end of December and then Dennis and Alex will join us so we can all climb for the first week of January. So, Ryan and I had our first foray into Southern Arizona yesterday.

We left the house at 9:30am for the 2 hour drive to the Cochise Stronghold climbing area in the Coronado National Forest. There are over 1000 different routes to choose from. Ryan decided on Euphoria for our first climb. Armed with two guide books and the Mountain project website we began our search for the route.

For any of you that climb or hike, you know that finding the parking area is the first challenge. We turned onto the well marked “primitive road” and began the 10 mile drive toward the general area.  We were pretty sure we were on the right track when we saw the domes off in the distance. 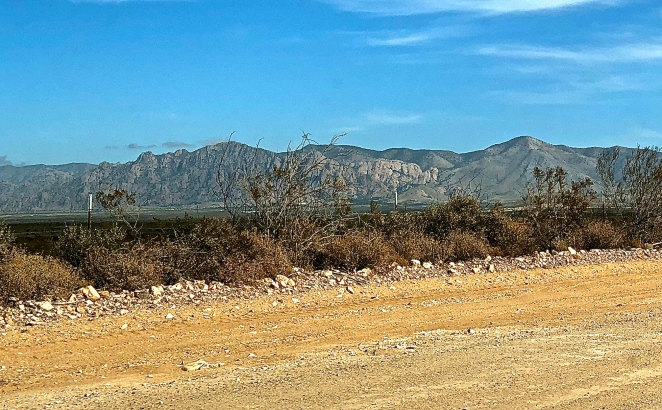 About 8 miles into the gravel road we saw this…

How is a school bus making the 16 mile round trip on this road? And where are these kids coming from??

We had been making good time, up until this point! Somewhere we missed the tiny little sign that indicated the forest road that split off toward the parking area. This cost us an hour as we tried to back track and listen to the disembodied GPS voice telling us to take the private, padlocked road to our destination! Finally, we found it.

The dome on the far right was where Euphoria lives, and where we needed to hike over toward. This hike would take about an hour, according to the guide books, we managed to get there in 40 minutes.

We now are beginning the climb at almost 1pm! The sun sets at 5:22pm and we were hoping to climb the five pitches (plus the hour hike back) before it was so dark that we needed head lamps, so we had to be efficient! 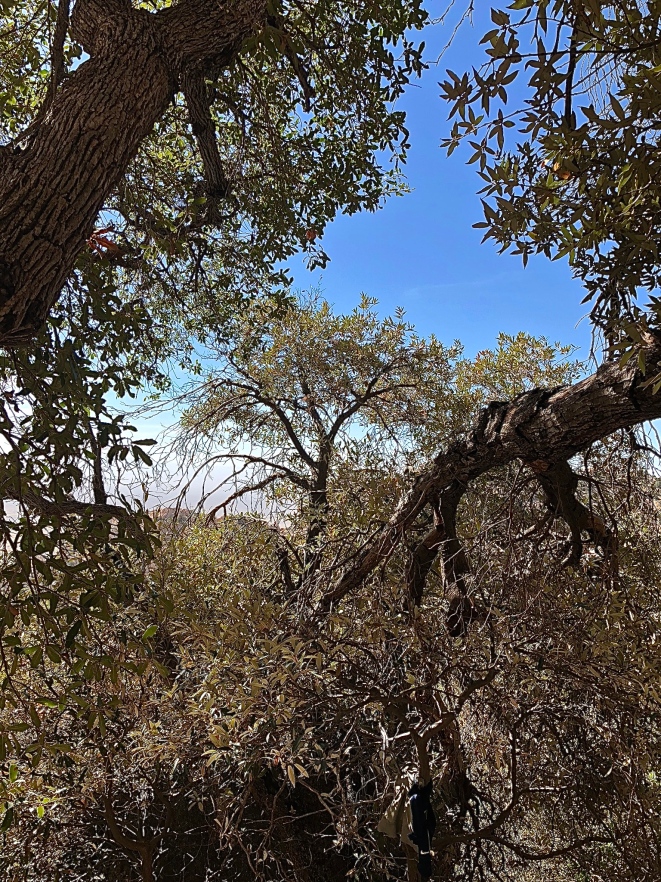 This is the view from the base, lots of trees and rocks!

Ryan lead the first pitch and set the anchor, you might be able to see his yellow jacket at the top of the orange rope.

I climbed up and Ryan took this shot at the top of pitch one. 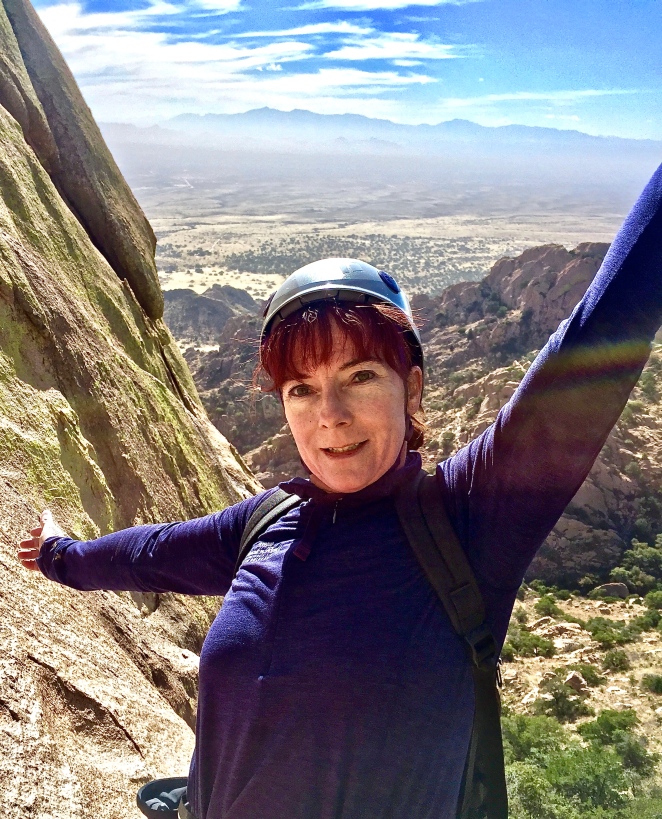 From here it gets colder! The wind picked up big time and we climbed the next four pitches. No pictures there as the focus is now on not dying! Both hands on the rope at all times. As we went higher the cold became a factor as our finger tips and toes were really starting to suffer! Ryan, of course, never fell. I, of course, fell twice!

We finally topped out about three hours after the initial pitch and we were both shivering! Ryan snapped a summit selfie.

I found out later that a “unusual cold front” had moved into the area and would take the temperature into the low 20s. The first frost warning of the season-lucky us!

It was now pushing 5pm and we had to get back to the car. The hike down was steep and we had all the gear to balance. The sun was going down and we took a few last shots of this beautiful place. 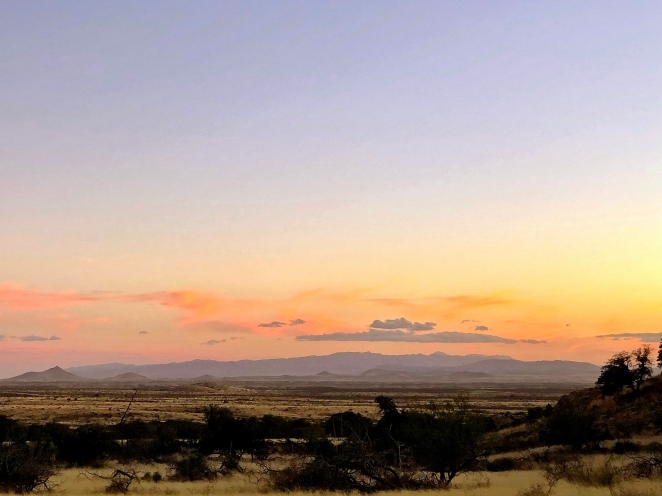 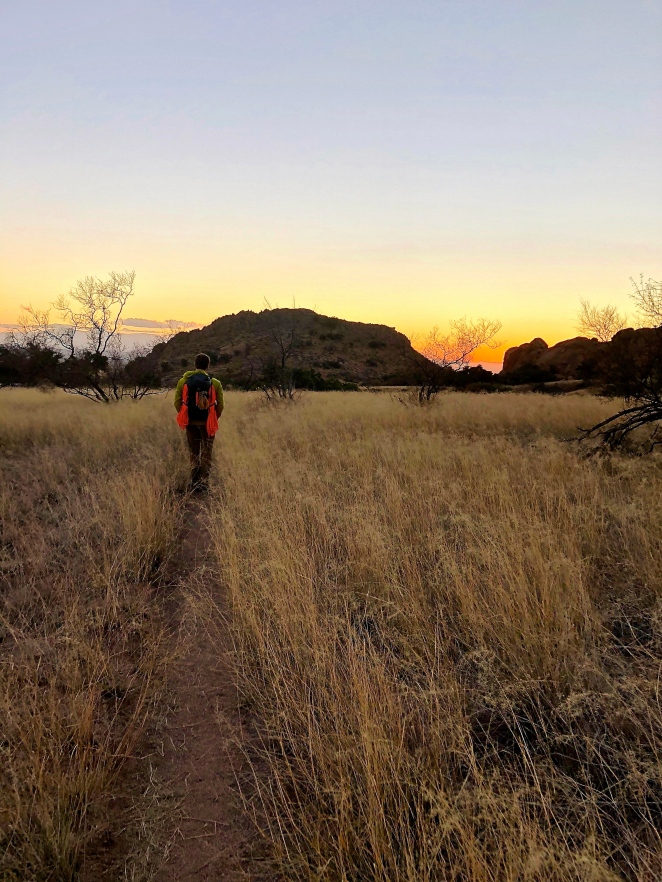 We did make it back to the car before it was too dark to see without the head lamps. I was rather proud of that!

I am not going to lie, I am bruised and sore today! But we will be back! There are many more routes to explore in this area.