For the month of June, Sally challenged us to make a retro baked Alaska. The twist: no cake base! Sally admits that she does not like cake combined with ice cream. My son is the same way. I also never eat cake mixed directly with ice cream, I don’t like the soggy cake texture 😳

So I knew my family would love the brownie, cake and merengue combo. This is such an easy dessert to make, and the entire thing can be assembled, frozen and then torched right before you serve it to your guests. I decided that Father’s Day would be a great time for us to try this out.

There is a little prep work that needs to be done the night before. The ice cream needs to be shaped and frozen. I purchased my ice cream, but I do like to make it from scratch, perhaps next time! This 9 inch, 2.5 quart mixing bowl will hold 3 quarts of ice cream. I chose mint chocolate chip since it is one of my hubby’s favorite flavors. The ice cream is softened and placed into a mixer with a paddle attachment, and beaten until creamy. The softened ice cream is placed into the mixing bowl, which has been lined with plastic wrap. This will make unmolding much easier! Wrap it tight and place in the freezer for at least 8 hours. I put mine in overnight. 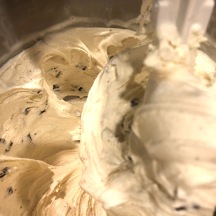 The next day I made one of Sally’s brownie recipes. She has many to choose from, you will find the one you like😊. I went with the Chewy, Fudgy Homemade brownies😋 So glad I did! Super easy and so tasty!

First melt butter and chocolate together and let cool slightly. Whisk in the sugars, eggs and vanilla.

Add the flour, cocoa and salt

Fold in the dry ingredients and a cup of chocolate chips

Bake in a 9 inch pan, which fits the circumference of the bowl.

Let this cool completely, then add it to the bowl of frozen ice cream. Invert the brownie, rewrap and keep frozen while you prepare the merengue. 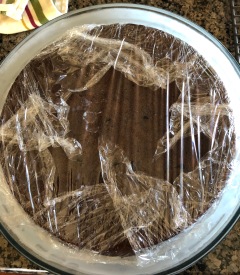 Set the egg whites, sugar and cream of tartar over simmering water. Whisk until the sugar is dissolved, then place in a mixer fitted with a whisk attachment. Add the vanilla and beat until stiff, glossy peaks form. 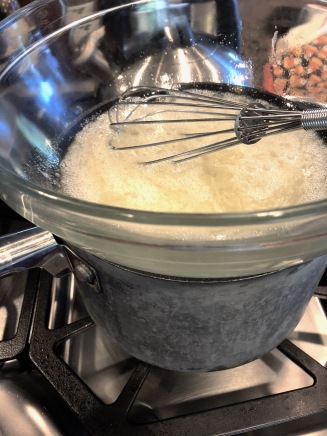 Generously spoon the merengue onto the unmolded ice cream and brownie bombe.

This can be frozen until you are ready to serve, or you can get out your handy torch and go for it! No torch? No problem, just use the broiler function in your oven. But don’t walk away!! 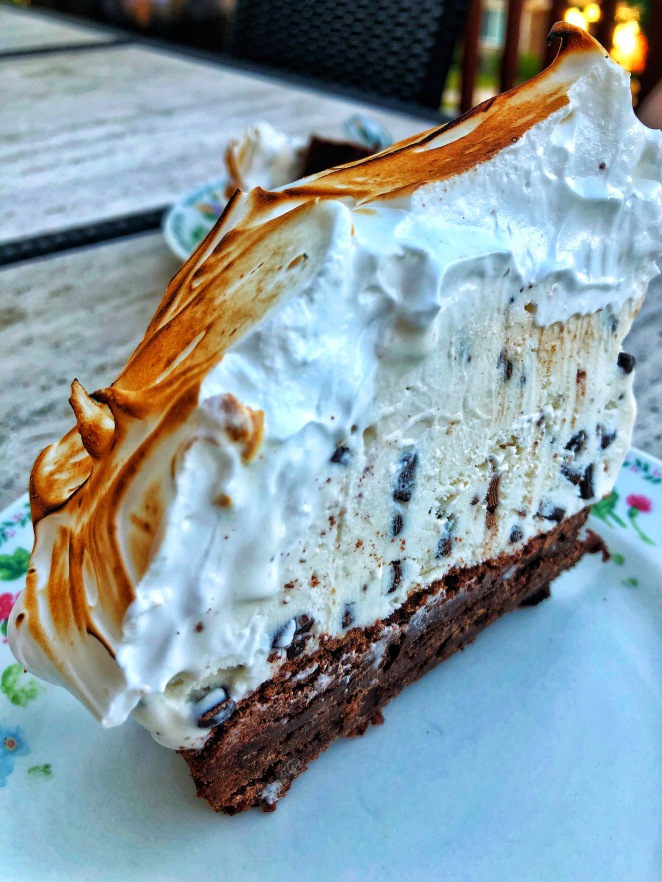 The left overs stayed in the freezer for several days and still tasted great! We enjoyed this so much, and it was so easy, that I decided to serve this at the second Yoga Retreat that I catered this past weekend.

I went with the individual cupcakes for the Yogis 🧘🏻‍♀️. The only difference was that the brownie batter was placed into a lined muffin tin, and there was no pre-freezing involved.

The cooled brownie cups were unwrapped, a scoop of ice cream was added, then the merengue as previously described. I assemble 8 and placed them in the freezer for after dinner.

The yogis had fun torching their own desserts 😃 . 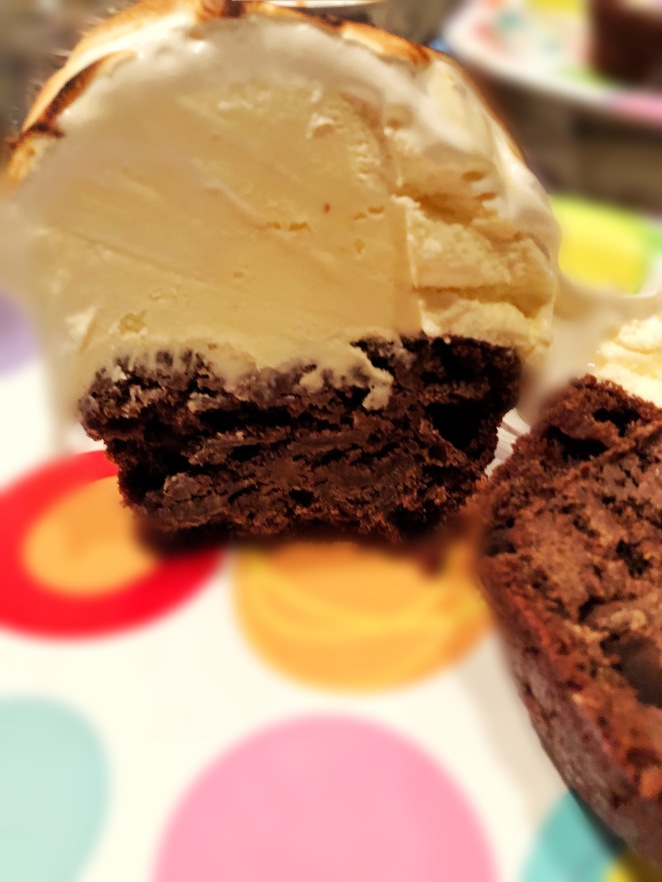 This was a fun, easy summer dessert 🍨. Another great idea from Sally’s Baking Addiction!🙏

Your body is your temple⁠
Repost from @yeahapril
Learning to truly try hard by committing to each move and hold has been vital to my progress. Both forerunning during route setting and tension boarding have taught me this skill. I found myself often making a move, getting to the hold, but not latching it. Finding the grit to fully commit to a move, even when it's uncomfortable, can make or break the send.⁠
🏆Are you ready to learn everything you need to get started with hangboarding and developing your strength?⁣
Dancing along the edge of the flatirons 🤪 ⁠
Having lingering projects makes you excited to go back and try them again. Long term projects are something that I've never really had before. Usually I have a problem that I could probably get within a couple of sessions and then I would move onto the next thing. This is the first time where I've spent multiple sessions on something and I can't wait to go back.⁠
Loading Comments...
Comment
×