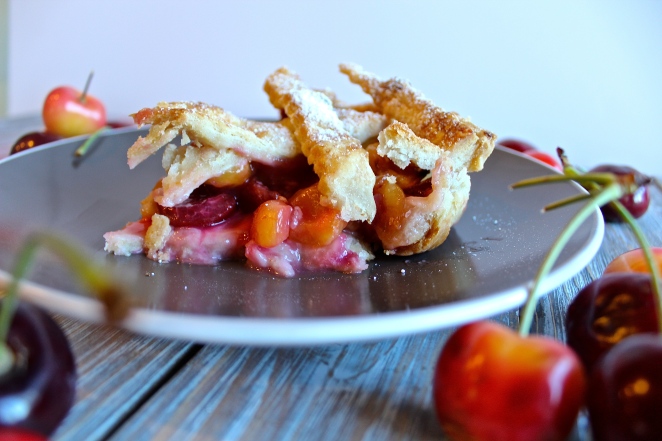 I have never made a cherry pie before, in fact, I have made very few pies in total. When I was in culinary school we made hundreds around the holidays. So, apple and pumpkin were the extent of my pie repertoire. I love fruit desserts and make many crisps, tarts and galettes, just not pies. The reason is that my family just doesn’t like pie. I think it has to do with the crust component which usually are soggy or too buttery for our liking. So when Sally’s Baking Addiction had a cherry pie as the July challenge I was not sure I would make one. Not because I was worried about the difficulty of making one but I did not have anyone to eat it! But I really wanted to take the challenge seriously and stretch myself as a baker so I forged ahead, and am so glad I did.

As usual, Sally provided wonderful directions as well as tasty recipes for both the crust and the filling. I began by making her pie crust recipe which is much like others I have seen and used as she mixes shortening and butter for the fats and stresses the importance of keeping all the components very cold for a flaky crust.

The flour and salt are combined, then the cold butter and shortening are cut in with a pastry cutter until the fats are the size of small marbles or peas. 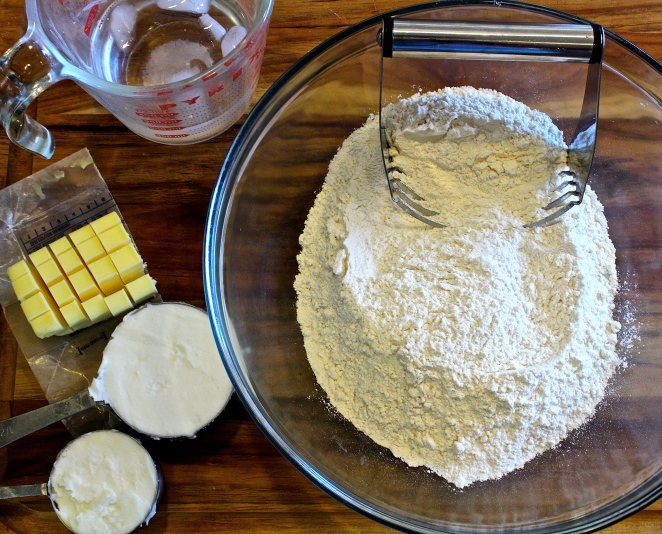 The cold water is added, 1 Tablespoon at a time, until the dough comes together into a ball.

The dough is separated into two portions, discs are formed and wrapped in plastic. The dough is placed in the refrigerator for, at least, two hours.

While the dough rested the filling was prepared. No cans of pre made cherry pie filling allowed. I used my cherry pitter to remove the pits from 12 oz. of Bing and 12 oz. of Rainier Cherries.

This yielded approximately 4 1/2 cups of halved, pitted cherries. I followed Sally’s recipe with the exception of using vanilla sugar instead of regular, granulated and I added the zest of the lemon used for juicing, just couldn’t help myself! The addition of the almond extract was really delicious! The cherries, flavorings, corn starch and sugar rested in the refrigerator while the oven preheated and I rolled out the pie dough.

I made sure to roll the bottom crust thin since we don’t really like a thick crust and then filled the shell with the cherry mixture. Sally’s directions specified that the extra liquid from the cherries should not be added to the pie to prevent a soggy crust, but don’t throw the liquid away! It is delicious as a topping for ice cream or as a simple syrup for drinks! 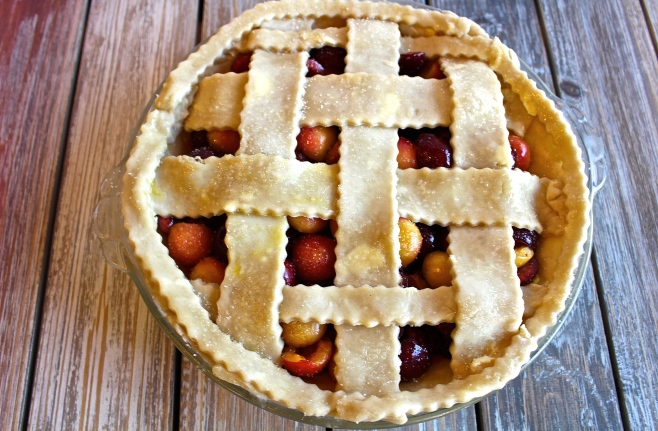 The second disk was rolled out and cut into strips, woven to make a lattice crust

The second disc of dough was rolled out and cut into strips which were woven together to form the lattice crust. The pie went into a 400°F for 20 minutes, then the temperature was reduced to 375°F and baked for an additional 30 minutes.

It came out smelling wonderful and looked pretty good too.

Sally recommended waiting 3 hours before cutting, to let the pie set up. 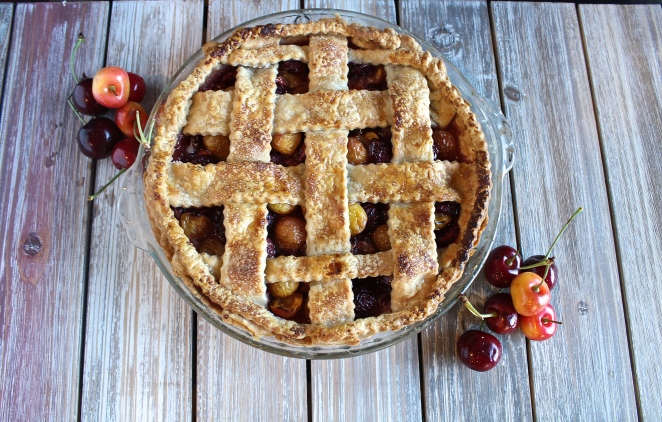 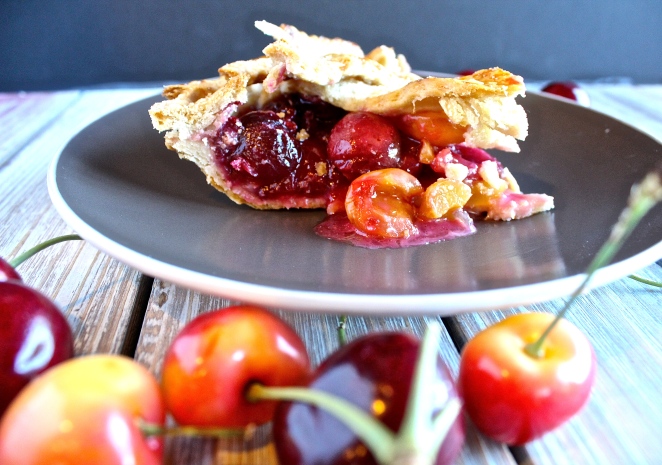 My husband and I were pleasantly surprised at how much we liked it! The fruit to crust ratio was perfect for us! I think I will try other fruit pies in the future and will be sure to keep Sally’s crust recipe on hand for next time! Another great result from Sally’s Baking Addiction!

Oh, and it was yummy with ice cream! 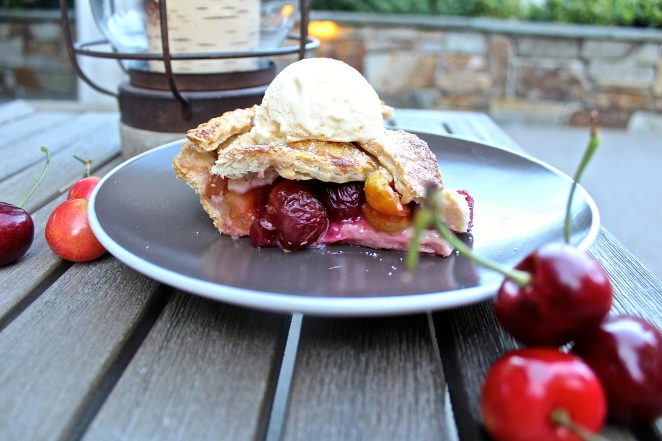